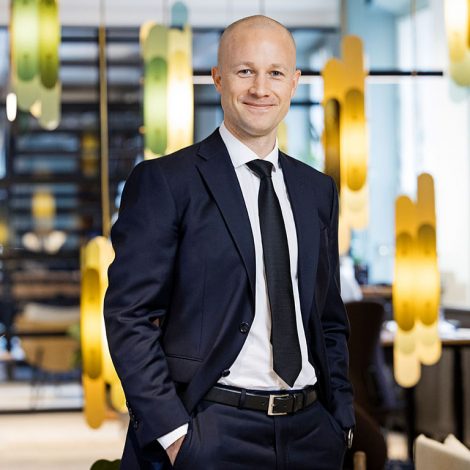 Peter-Michael works primarily in the field of insolvency law, specialising in this field since 2010. In 2016, he became a certified insolvency lawyer.

For a number of years, Peter-Michael was a partner with the Legal Adviser to the Danish Government/the law firm of Poul Schmith, but in 2020 he became responsible for organising and growing insolvency as a practice area at SIRIUS advokater.

Alongside his work as a lawyer, Peter-Michael is involved in a number of enterprises, many of them from start-up. The commercial insight and hands-on business experience provide a solid basis on which to offer clients operational and 360-degree solutions.

Building a thorough understanding of the clients and their business is of particular importance to Peter-Michael. From this starting point, he identifies the best solutions to complex challenges.

Peter-Michael has extensive experience in the field of bankruptcy proceedings and the many different issues that may arise in this connection, including not least commercial negotiations, which in many cases has secured robust financial results for clients in complicated and contentious situations. Fraud and other types of economic crime have played a prominent role in a number of Peter-Michael’s cases. In those cases, close cooperation with the client as well as the police and the courts yielded good economic results for the clients, including both in connection with bankruptcy proceedings and seizure of assets.

Over a great number of years, Peter-Michael has also conducted a large number of cases before the courts, thereby gaining considerable experience in litigation and safeguarding of the clients’ rights in situations where a voluntary solution is not an option. Furthermore, Peter-Michael has extensive experience in investments, issues concerning direct and indirect taxes, company law and foundations law, as well as a number of issues relating to real property.

In addition to his work as a lawyer, Peter-Michael is increasingly in demand as a project manager and now has several years of experience in managing complex and long-term projects, including as an integral part of the clients’ project organisation. In 2015, Peter-Michael became a certified project manager.